Any doubts as to whether Missouri’s on-field success in 2013 would translate into positive recruiting momentum have certainly been quelled in the last nine days. The Tigers nabbed commitments from a trio of highly-touted four star recruits that could lay the foundation for what could be Head Coach Gary Pinkel’s best class ever at Mizzou.

The top high school player in the state of Kansas, offensive lineman A.J. Harris was the first domino to fall back on April 1st. Not to be outdone, running back Nate Strong of East St. Louis, IL would commit to the Tigers this bast Tuesday during his official visit to Columbia. But it was Lees Summit quarterback Drew Lock’s pending announcement on Wednesday night that attracted attention from Mizzou fans across the state.

In front of a very large (and black and gold clad) crowd at the Summit Grill and Bar in Lees Summit, MO, one of the top high school players in the state of Missouri would don the Mizzou cap as he pledged his commitment to home-state Tigers. “It’s surreal to be honest, I mean, I’ve always thought about playing at Missouri.” Lock would say to a group of reporters following his much ballyhooed decision. “I don’t feel like I could have played anywhere else but Missouri.” And with that, the Missouri Tigers land a player who could step in the fold and become the next in line of a great lineage of Tiger quarterbacks under Gary Pinkel, a lineage that started with the great Brad Smith back in 2002 and continues today under Maty Mauk. “Honestly, I don’t put myself up there with those guys,” Lock would explain. “I feel like I need to prove myself.” 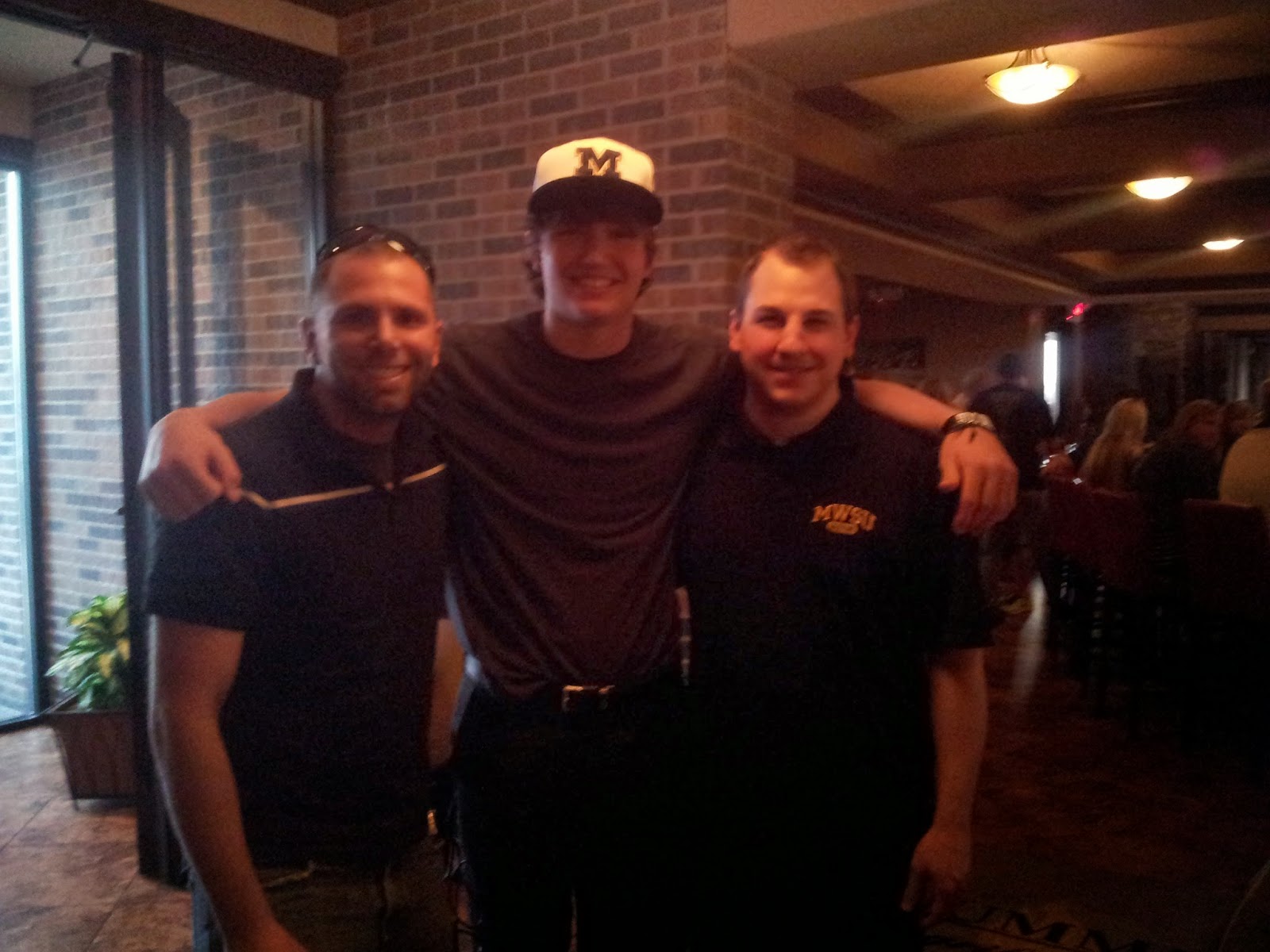 As If Lock’s commitment to Mizzou was not enough, it is clear that his leadership on the recruiting trail may prove to be equally important. Missouri is looking to build on this tremendous momentum and many believe that Lock’s decision could impact other top prospects. “The first two guys I am going to text tonight will be Hale and Alex.” Hale and Alex of course referring to Jeff City’s Hale Hentges and Alex Ofodile of Columbia. Adding those two top-caliber players to the mix could vault Mizzou’s 2015 recruiting class into a stratosphere typically reserved for college football blue bloods. There are a host of other players from around that country that are considering Missouri and an early commitment by one of the nations top quarterback prospects could certainly continue the domino effect.

Would this hot start in recruiting be taking place had Missouri not performed well on the field  in 2013? Not likely. If you believe in the old cliche “winning cures all,” then it is clear that Mizzou’s bounce back season likely sparked the flame. The Tigers were dead last in recruiting in the SEC in 2013 following a very disappointing 5-7 season the year before. Mizzou will have to sustain their winning ways as they continue to prove they can be a consistent force in the SEC East. Kids are now growing up with Missouri Football being a very competitive program, and many young prospects are making it a priority to stay home and play for their state school. With record setting revenue pouring in, an SEC East crown in the trophy case,  a renovated stadium and this blistering recruiting start, it is very possible that we are in the midst of the pinnacle of Missouri football as we know it.

Sports coverage that takes you beyond the status quo.

Check out our exclusive #EliteSportsPodcast interview with @SteinbergSports' @chriscabott as we celebrate @PatrickMahomes 25th birthday in style!

Are you fucking kidding me. You can’t eject a player for this. Totally fucking overzealous interpretation of the rules. He is clearly demonstrating that a player was illegally lowering his helmet to deliver a blow. Completely ridiculous ejection. https://twitter.com/NFLonFOX/status/1305202148540583936

Lions LB Jamie Collins was ejected after making contact with an official with his helmet.

Was going to wait until morning but @trentgreen10 is too good to hold. http://Kkhasissues.com for his football preview and Joe Biden is willing to lose if we get a Covid vaccine. Give us a follow or like if you can.

Mike Sexton passed away peacefully at home earlier today surrounded by family members. He appreciated all the wonderful comments and farewells from poker players all over the world. Service details are forthcoming. For now, please keep his family in your thoughts as they grieve.