Philadelphia Eagles: The Only Way To Go From Here Is Up 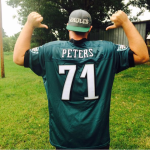 To most Philadelphia Eagles fans yesterday came as an unexpected gut check. A highly anticipated new look on offense was expected to take the world by storm as the Eagles transitioned from one of the oldest and slowest rosters in the league to one of the fastest and youngest. Many fans were waiting to see bomb after bomb over the top to the likes of Jackson, Reagor, and Hightower. The stage was set as the Washington Football Team was starting multiple unknown players in the secondary, and the one Philly fans did know was fresh out of Philly where deep passes were his downfall. Philly fans thought for sure this was gonna be a pushover game and we would end the week 1-0 in convincing fashion.

Unbeknownst to many fans there were many factors working against the Eagles for week one. Let’s start with the most obvious, like all teams this year there was very little time for players to gain chemistry with one another as Covid-19 took away any chance of a preseason. This makes it an even more daunting task for Quarterbacks and young rookie receivers to get on the same page when it comes to timing. This was evident yesterday as both of Carson Wentz’s interceptions came on routes that require precise timing. The receiver simply was unable to gain leverage on the defensive back coming out of his break which lead to both of Washington’s first touchdowns that swung momentum. The good news, this is all timing and will absolutely get better as Wentz and his new targets get to know each others play on a more in depth level.

Second was injured players. This in my eyes was one of the largest factors for this game. Philadelphia came into this contest highly handicapped by short term injury. Lane Johnson did not suit up week one as he was a day to day decision coming of clean out ankle surgery. In the first half his presence while missed was not a huge issue. Driscoll, a rookie out of Auburn stepped in ready to make a name for himself and solidify himself as the clear swing tackle, and boy did he. Driscoll showed what everyone had heard about him was correct, flawless technique anchored the right side and actually frustrated Chase Young so badly that he and Kerrigan switched sides. Unfortunately due to NFL conditioning being cut short by a shortened preseason he fell victim to cramps and had to leave the game.

He was replaced by a name that is familiar to many Eagles fans, the big Ausie Mailata. Now this may come as a surprise but Mailata actually played quite well for a player who has only played for two years. I dont have much to say about him other than he wasn’t a noticeable player. Which at least means he wasn’t messing up, and thats really all you can ask for out of your third string tackle.

The other big battle I watched for was another familiar name Jason Peters. I hate to say it Eagles fans but it really may be the end of Peters run at LT. He looked SLOW and that is saying it nicely. Whenever a DE used a speed move on Peters he simply couldn’t keep up. This became more apparent when Chase Young moved to his side and seemed to be able to do whatever he wanted. The bodyguard may have seen his best days pass and now in my opinion should move back to RG where we brought him in to play. Let a younger more athletic player guard Carsons blind side.

The third card stacked against the Birds was a combination of a lack of ability to run the ball and a lack of interest in calling run plays. Inevitably this lead to Carson being on the wrong end of a shaky at best OLine having to battle one of the best pass rushing front sevens in football for close to 50 plays. I chalk this issue up mostly to coaching. Miles Sanders as it turns out may have been able to play, and was held out as a precaution by coaches thinking it was an unnecessary risk as Philadelphia was the clear favorite to win. This may have been the call made that cost Philadelphia the game two days before they stepped foot on the field. Offensive lines like to run block, it gives them a chance to fire off and hit someone instead of sitting back and waiting to get hit. A lack of Sanders in the backfield was a huge issue, even though Scott and Clement are both great situational backs they should not be considered feature backs by this coaching staff for reason shown in this game. This lead to a one dimensional offensive attack by the Eagles which as we know is not a winning formula. Once Washington knew the Eagles could not run the ball the DLine pinned their ears back and made the Eagles OLine pay for it. Knowing Wentz would not have time to let deep routes develop they sat on almost every short and intermediate route and suddenly the field was a quagmire for the Eagles signal caller.

The fourth big issue the Eagles had to deal with was honestly out of their control. Washington has had an awful offseason as an organization. So many allegations surround that team that they have to feel cornered. From the Owners issues to their well known name being removed I saw they had three options and only one was in favor of the Eagles. First option was they completely fall flat due to outside distraction and they remain the team that everyone makes fun of. With a coach like Rivera the chances of this were slim to none. The second option was they play the spoiler roll in which they know they are not the better team but they go out and play freely and squeak out victories. I didn’t see this attitude yesterday either, yet it still may be the case I think the third option is the most viable. Option number three is that while Washington may still not be the most talented team they are P***** Off and Rivera has aimed that aggression at the opposing team. Let’s face it, every player on every NFL team is a professional and is good enough to dress on game day if they are focused enough. Washington looked focused on proving a point, that they may not be the most complete roster but they will do everything in their power to be the most physical. I believe Washington behind Rivera will only continue to get better and will end up being a problem for many teams this year and for years to come.

Now let’s get to some good news!

The first positive I saw yesterday which I mentioned above is we have found a swing tackle! Driscoll played phenomenally for a first year player. More time in an NFL weight room and conditioning facility will only lend to him becoming an even better player. Don’t hold your breath Eagles fans but if Peters doesn’t ramp up his game you may see more of Driscoll than originally expected.

Second positive I saw is that Goedert has 100% taken the leap needed to be a first string TE. Yesterday he out performed Ertz on every level. From tracking the ball in the air, to being sure handed, and most of all run after the catch. It seems Ertz may be right in believing that this is his last year in Philly because without a team friendly deal I don’t see the Eagles keeping him when a more well rounded option is waiting to be used at a high level.

Third is Reagor is obscenely fast and can catch. This was made apparent when he reeled in a 60 yard bomb that if lead just a little farther would have easily lead to 6 points. And a second pass that was slightly over thrown just before half that also would have lead to another TD. Good news for Eagles fans is that most DBs will not be able to run with Reagor and once the OLine is more stable he should see a hefty dose of deep bombs thrown his way.

Fourth positive I saw was my prediction of the combination of a new look secondary and the addition of Manuel as a DB coach seems to be working out. It had to be a breath of fresh air for Eagles fans to not see CB’s biting on slant and go double moves only to watch the ball go right over their heads for huge chunk plays. Slay played sticky coverage all day and Maddox almost had an interception if not for having his hand pulled away at the last second. Mills was a thumper laying a hit on Haskins who otherwise would have strolled into the endzone. The defense also did not let up a drive of more than fifty yards which just goes to show, if not for the short fields presented by the offense and Special Teams this game may have looked far different.

The fifth and maybe most controversial positive note is that the Eagles are getting healthier. Lane Johnson, Miles Sanders and a few others injured in week 1 will be ready to go in week 2. Brandon Graham tested negative for a concussion, Driscoll only had cramps, Lane Johnson was day to day, Miles Sanders was day to day, Wentz seems to have taken his beating and walked away, Boston Scott was reported to be fine, and DeSean Jackson reinsurance Eagles fans post game that he was good to go. I see this as a positive because in years past it seemed that injuries that occurred were week to week injuries and not day to day.

In all I expect the Eagles to come out in week 2 and look better than they did in the first half of week 1 just due to getting a boost in both the OLine and Running back core. Wentz will have had more time with his receivers and Doug will be able to open up the full play book with more confidence.