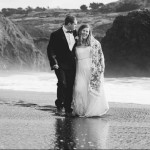 The Colts are going into 2020 with an offense that is sure to turn heads even if only in the backfield. The Colts are looking to build on a strong draft and retention of offensive talent from last season. Last year’s 3rd ranked line is ranked number 1 by Pro Football Focus heading into 2020. Historically, though, the Colts have been a pass-first team with a focus on draw plays from the Shotgun to keep the defense honest. This led to many games of 30+ points with a quarterback like Peyton Manning and a receiving core like Reggie Wayne, Marvin Harrison, and Dallas Clark.

But lately, the Colts have been moving towards a run-first team that’s anchored by their offensive line. Names like Marlon Mack and Nyheim Hines have been popping up in homes outside of Indianapolis and in opposing team’s’ locker rooms and the Colts drafted Jonathan Taylor from Wisconsin; not only drafted by traded up to get him. The Colts have the making for a running game for the ages.

Last season, the Colts were the #7 rushing team in the league and were #1 in fumbles with only two losses on the season. They also had an average of 133 yards per game and had 471 attempts on the season which was #5. All things considered, the Colts running game had a great season but what could push the game to the next level is the two rookies in Taylor and PAC-12 star receiver Michael Pittman. Pittman is a player the Colts missed in 2019. A tall lengthy, receiver is a must in an offense geared towards the run because it provides a big body for the defense to focus on. Not to mention, the play-action game allows for those crossing routes to get open on third down with red zone capabilities.

The Colts offensive line is anchored by left guard Quenton Nelson. Nelson is entering his third year as the Colts starter with his best season being last year. In over 1,000 pass-blocking plays the guard didn’t allow a single sack and only 2 hurries on the season. Guards have historically been big maulers but that’s changing now. Offensive lineman are asked to do much more than just run block now. Nelson was the second-best guard in the league according to Pro Football Focus only behind Brandon Brooks of the Eagles. In his short career, Nelson has only allowed 2 sacks and 18 quarterback hurries.

Anthony Castonzo is another player worth mentioning. The left-tackle contemplated retirement this season but signed a two-year contract. Castonzo has continuously improved his game over the course of his 10 years in the league. The veteran allowed 2 sacks on the season last year, a career-low. In a recent interview, Castonzo stated he contemplated not returning. However, he also said the addition of Philip Rivers and the new offensive weapons made him want to come back.

Center Ryan Kelly is another bright young player on the Colts offensive line. Kelly, entering his 5th year as the Colts starter, has one of his best seasons last year too. He gave up 5 sacks with only 5 hurries cementing him as one of the best pass-blockers. Kelly is a recluse and doesn’t talk to the media very often but lets his game do the talking. Pro-football focus ranked him in the top 10 last season at #7.

At right guard the Colts have Mark Glowinski who is entering his 6th season with the team. Glowinski played his first 3 years on the Seahawks but signed with the Colts in 2018 where he started. Last year, he allowed only 3 sacks with less than 10 hits despite being the lowest rated offensive lineman on the Colts.

The final player on the Colts offensive line is Braden Smith. The third year player has struggled in pass protection giving up 7 sacks last season, the highest on the team. However, he’s got a desire to improve in every aspect of his game. Smith is a young, talented player with a lot to prove this season.

This is where the Colts have the most talent, in the backfield. Retaining all their running backs from last season, they added rookie running back Jonathan Taylor. Taylor, who is arguably one of the best NCAA running backs, was drafted in the 2nd round by the Chris Ballard led Colts. They also kept starter Marlon Mack, a workhorse for the team and Nyheim Hines, the speedy pass catcher.

Mack was the clear starter from last season gaining over 1,000 yards and 8 touchdowns with a 4.4 yards per carry average. One important stat for a running back is their yards after contact. Almost 70% of Mack’s yardage came after first contact with 693. Mack also gained over 60 first down runs helping the team stay on the field on third-down keeping drives alive.

One of the players I think will have a break out year is running back Nyheim Hines. Hines is used more as a pass-catcher but is so fast and elusive that he’s hard to bring down behind the line. The same can be said for Jordon Wilkins, another pass-catching running back. Both players have a unique play style and can be used in different ways helping the team to succeed.

The last player in the backfield is rookie running back Jonathan Taylor. Taylor decided to leave college in his junior year despite having the NCAA rushing record in his sights. The speedy back was targeted by the Colts in the second round and in the documentary “With the First Pick,” Chris Ballard explained how he wanted Taylor on his team no matter the cost. Taylor rushed for over 6,000 yards in three years with the Badgers along with 40 touchdowns. Taylor is a big body who also has 4.3 speed, providing the elusiveness the Colts have needed for a while.

With 2020 just around the corner, the Colts running game looks to be one of the best in the NFL.

Jamaal Charles has torn ACL
5 Keys to Victory: Mizzou vs. UCF
WATCH: Le'Veon Bell on why he joined Chiefs "It's going to be fun"
The Outsiders Sports Show- 1/14/15

Tyrann Mathieu on a contract extension being agreed upon, “Probably not.”

The NFL Draft is upon us and Noah and Clint are discussing possibilities for the Chiefs two second round picks. Steinberg Sports client Israel Mukuamu also joins the show to talk about his potential landing spots this weekend.

What is it really about... Impact

While the Chiefs traded for Mike Hughes, my understanding is this doesn't close the door on Bashaud Breeland going back to KC, who remains a free agent

The NFL Draft is upon us and Noah and Clint are discussing possibilities for the Chiefs two second round picks. Steinberg Sports client Israel Mukuamu also joins the show to talk about his potential landing spots this weekend.

Tyrann Mathieu on a contract extension being agreed upon, “Probably not.”

Mahomes’ new workout video, plus he’s on a pirate ship with Travis Kelce