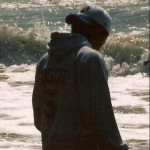 You can look at any day on the calendar and find a significant sporting event that occurred on that date. Someone was born, someone died or someone bowled a 300 between their legs.

However, the fourth of July represents quite possibly the biggest upset of time. The little no-name country most people had never even seen, the 16-seed that would not go away, the diaper dandy declared its’ independence of the perennial powerhouse and heavy Vegas favorite, England. For you World Cup fans, no this isn’t a tale of late game heroics of Tim Howard knocking away a Wayne Rooney breakaway shot from 20 yards. This was a sports comparison to the Revolutionary War. The greatest upset in US history.